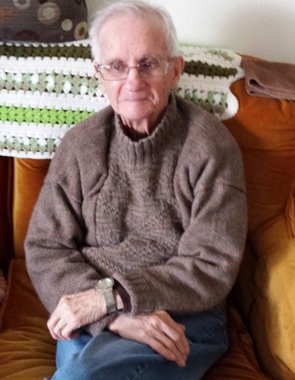 Donald Young Dimmel passed away peacefully on December 24, 2020 in the palliative care unit at Parkwood Hospital in London, Ontario. He was 94 years old. Born in London, Donald was a World War II veteran having served with the Royal Canadian Naval Volunteer Reserve on the Corvette ship, HMCS Lockeport. He was a member of the Royal Canadian Legion Byron No. 533. He also worked for 31 years for the City of London ending with a position in the stores department on Bathurst St. Donald is predeceased by parents May and Lee Dimmel, brother Robert and sister-in-law Mary and grandson DJ. Survived by his wife, Sylvia, sons Bruce (Donna), Richard ( Laurie) and daughter Nancy, grandchildren Michelle (Jeff), Brandon (Brie), Stephanie (Scott) and Dawn (John) and 6 great grandchildren. A celebration of life will be held in 2021. Donations to the Heart & Stroke, Canadian Cancer Society and Jabez Therapy Ranch are appreciated.