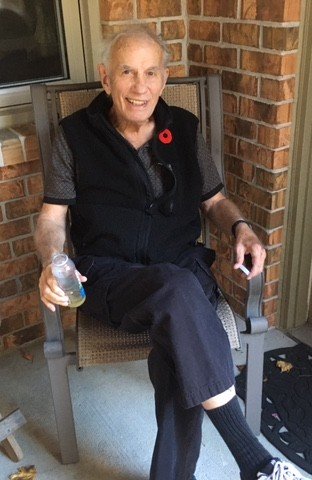 Obituary of Kenneth Douglas Does

Kenneth Douglas Does July 5, 1937 – April 26, 2021 Doug, as he was known to everyone, was born to Dutch immigrants in Ontario and grew up a car and technology enthusiast. He graduated a TriColor Award winner from Queens University with an Electrical Engineering degree and went on to a successful career spanning both private industry and public service. He was passionate about business and studied and taught many aspects of quality management which eventually took him to western Canada. And as hard as he worked, he played. His carpentry skill combined with his love of trains produced some magnificent basement model railroads. When he turned on music it was most often an artist he had discovered at the Edmonton Folk Music Festival where he spent many happy summer days. He loved sports and coached his kids in a variety of them but hockey (Go Oilers!) was always his favourite. He cheered to the end, battling esophageal cancer, with courage and dignity. He was a good man. He was liked and loved by many. Missing him most will be his wife of almost 60 years, Sharon, daughter Karon (Joe), son Mark (Liz) and granddaughter Carmen. Doug died peacefully at home with family at his side. The family wishes to extend gratitude to the many Ontario health care workers for their kindness and professionalism in helping Doug.

Share Your Memory of
Kenneth
Upload Your Memory View All Memories
Be the first to upload a memory!
Share A Memory