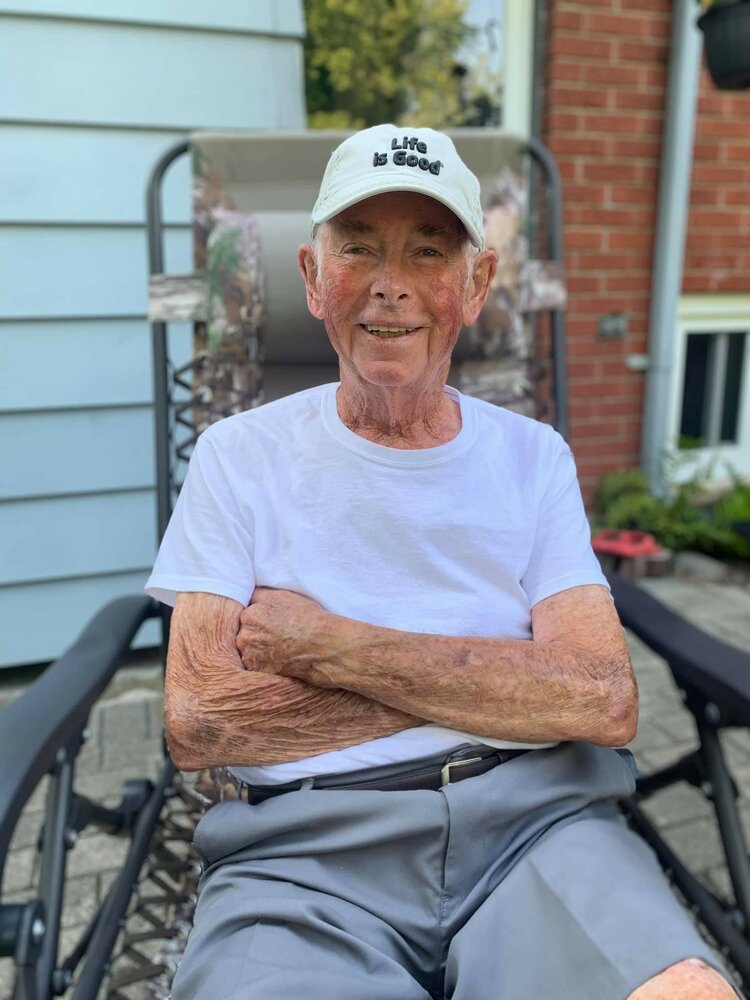 John, Thomson Peacefully on November 21st, 2021 at Victoria Hospital in London, Ontario. Predeceased by his parents John Grierson Thomson and Hellen Sellers Dean Thomson, brothers Archibald and William, his first wife Pauline Hughes and second wife Kathryn Jacobson. He is survived by his loving daughter Janet Carmichael (Dugald), son Ian Thomson (Hisami) and sister Helen Thomson. Step children Eric Carrier (Lindsey), Barbara Carrier (Sam) and Step Grandchildren Kieren, Josh and Rhys. John emigrated from Paisley, Scotland to Toronto in 1956. He immediately found work on the assembly line at Ford in Oakville. As an electrician he rose through the ranks and retired as plant maintenance manager at Ford Talbotville in 1990 after a 34 year career. John was an avid sailor and spent many years sailing his beloved boat “Unbearable”. He and Kathryn spent many days sailing out of Bayfield and Wiarton until selling his baby a few years ago. John and Kathryn enjoyed many years of wintering in Australia, New Zealand, and Braedenton Florida during their retirement. He will be lovingly missed by his family and friends. Cremation has taken place. As per John’s wishes there will be no funeral. In lieu of flowers a charity of your choice would be appreciated.