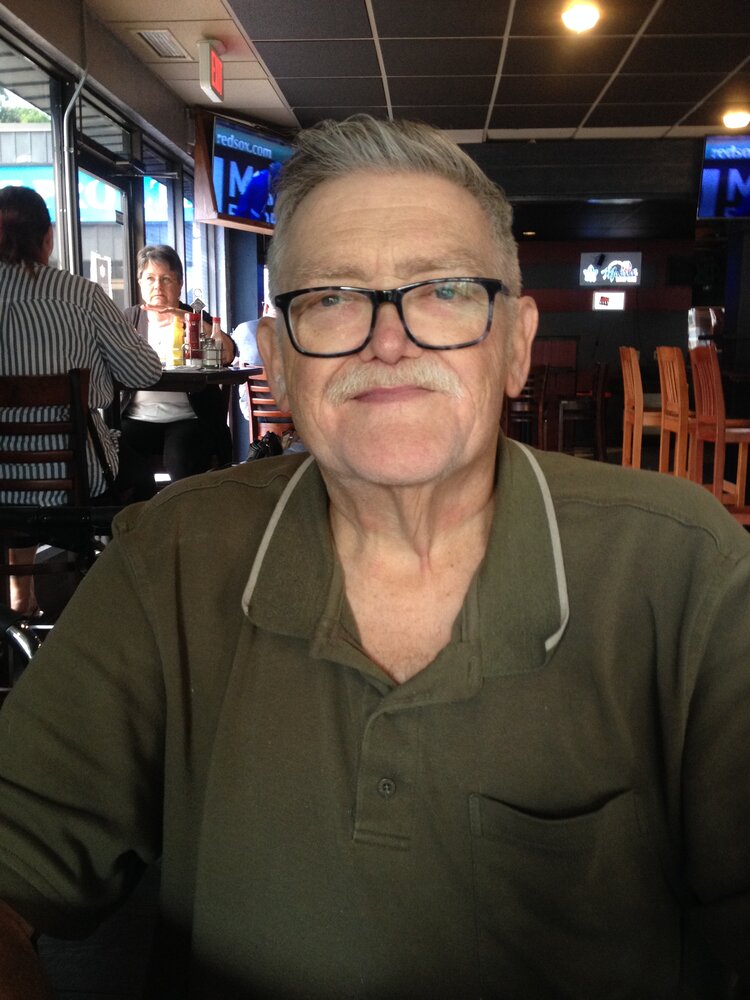 Terence William Dewan went home to Jesus peacefully on January 9, 2022. His wife, Deborah and his Pastor, D. Karl Thomas were at his side. Terry was 69. He was born to Anna Louise (Koenig) and William John Dewan on July 14, 1952 in Kitchener, Ontario. During his varied career, Terry worked as an upholstery salesman;, a printing pressman, and supervisor of printing and graphic design. Terry then branched into industrial cleaning, eventually becoming a supervisor. Following his “retirement”, he worked in municipal, provincial and federal elections as a poll clerk. Terry volunteered with Pioneer Boys; Impact Church, London and St. Josephs Health Care, London. Terry met his wife, Deborah at the Yugoslavian Club, London, Ontario in 1990. They married in September 1992 and honeymooned in Vermont. With their resilient and faithful son, Cliff Ball, they became a family of three, sharing life together. In addition to being a dedicated and loving father, Terry enjoyed playing scrabble with Deborah at many parks in the London area. Sunshine smiled upon Terry’s life when he became Papa to his grandchildren, Christian and Abigail. Terry cherished his dear daughter in law, Tatiana . He held an unwavering faith in Jesus Christ which he shared with those who surrounded him. Terry is predeceased by his parents; his brother, Michael Dewan; his sister, Sharon Dewan; his aunt Mildred Balch, uncles John Balch and Angus Jaynes; his cousin Grace Balch; his mother-in-law Lily Buckingham, his sisters in law Karen Joyce Buckingham; Linda Buckingham; Barbara Short; his brother-in law Ken Buckingham, and his step mother in law Betty Buckingham. Terry is survived by his father in law Robert Buckingham, his sisters in law Joanne Dewan and her family; Karen Lee Buckingham and her family; his cousins, William Balch and Margaret Balch, (who Terry and Sharon lived with as teens);and other dear cousins in the Dewan, Balch and Koenig branches of the family tree. Beloved nieces and nephews and two great nephews are missing their Uncle Terry. Cremation has taken place. A celebration of Terry’s life will be held at a later date. .Expressions of sympathy and donations to Impact Church Street Ministry would be appreciated and may be made through London Cremation Services (519) 672-0459 or online at www.londoncremation.com. Special thanks to the entire Medicine and CCTC teams of LHSC. .

Share Your Memory of
Terence
Upload Your Memory View All Memories
Be the first to upload a memory!
Share A Memory