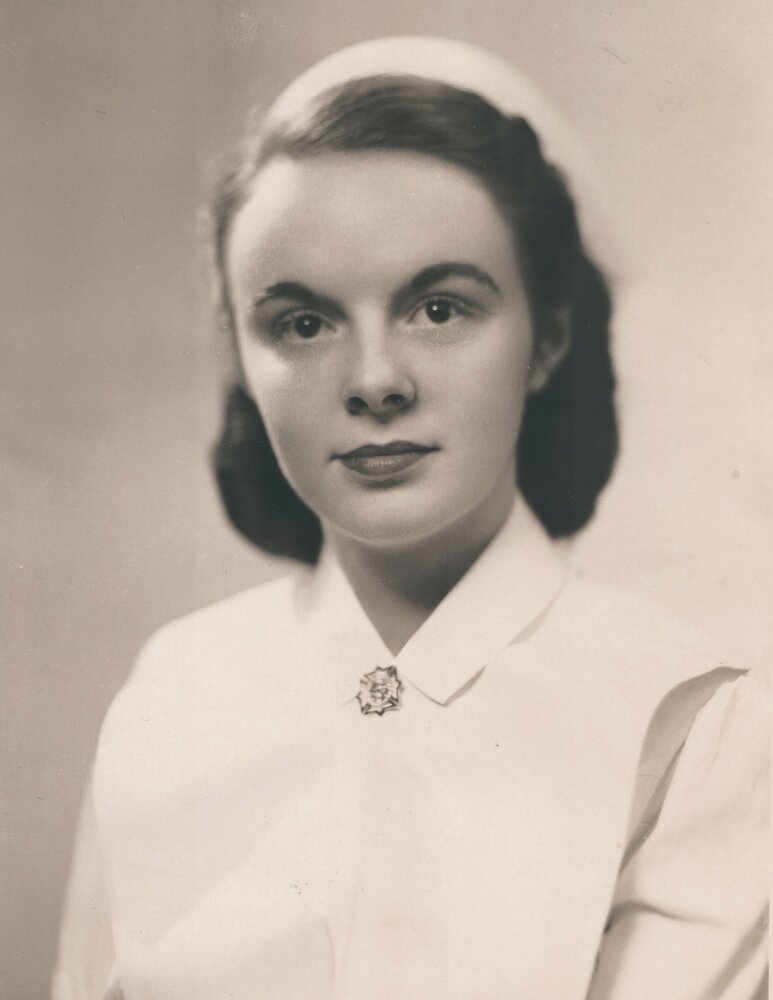 Barbara Joan Cosens, 94 of London, Ontario, passed away peacefully January 15, at home with her family by her side. Barbara was born on June 6, 1928 to the late George and Nellie Bloomfield in Highgate, Ontario. She was predeceased by her dear brother Dennis of Dryden, Ontario. Barbara graduated from Ridgetown High School in 1946 and received a BA in Nursing Science from the University of Western Ontario in 1949. She married the late Murray Cosens in 1952 and they raised their family in Guelph and London. Murray and Barbara celebrated 64 years of marriage. Barbara also committed herself to a career in nursing, dutifully serving her patients through the VON. Barbara is survived by five sons: Jeffrey and his wife Sally, Timothy, John and his partner June, Todd and his wife Marisa, and Robert and his wife Alecia. She was a loving grandmother to Lee, Tyler, Marshall, Mitchell, Kelsey, Reese and Elise. She is also survived by her great-grandchildren Ada, Owen, Olivia and Tim. She will be dearly missed by sisters- in-law Donna Dempsey and Alice Bloomfield. Barbara enjoyed many years of travel with Murray, was an avid reader and loved all animals, great and small. She always believed in the better qualities of people and, in doing so, she passed on her values of learning, optimism, and compassion to her children. Barbara was immensely proud of her family, and leaves behind a legacy of beautiful memories. All her life, she often repeated: “It’s very important to always have a good sense of humour” As per Barbara’s wishes, there will be no funeral service. Cremation has taken place. A private celebration of Barbara’s life will take place at a later date. Donations in memory of Barbara may be made to the London Humane Society www.hslm.ca . Messages of condolences may be left at www.londoncremation.com Barbara will be greatly missed but never forgotten.

Share Your Memory of
Barbara
Upload Your Memory View All Memories
Be the first to upload a memory!
Share A Memory