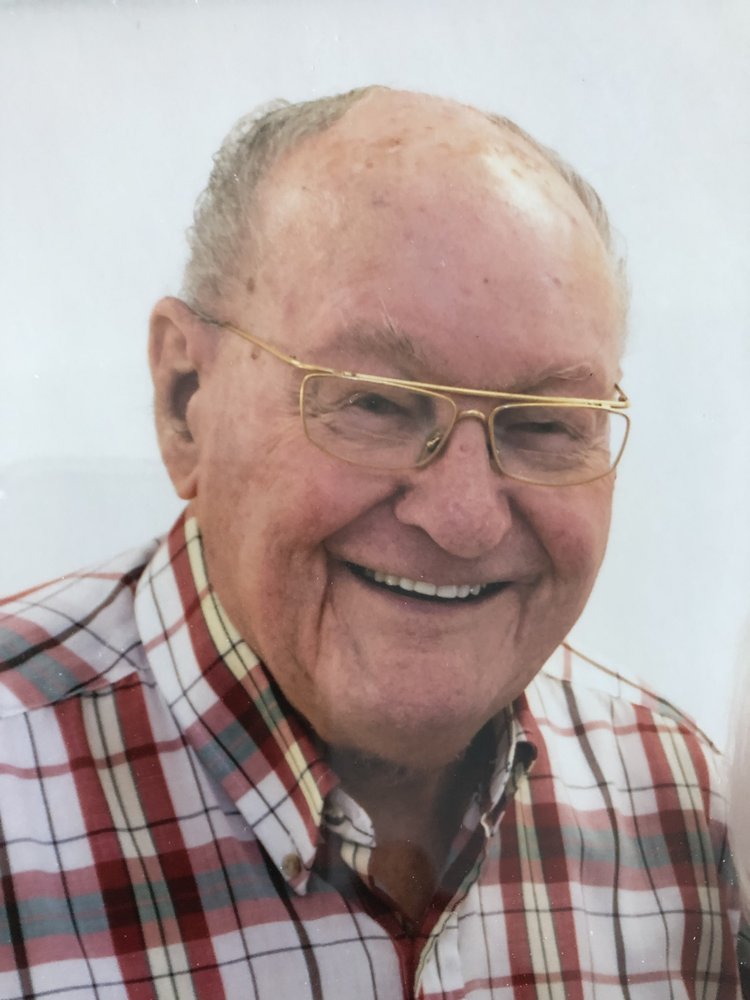 At home on the morning of February 17, 2020, we unexpectedly lost one of the most important members of our family in his 95th year. Beloved husband for 71 blissful years to Dorothy. Cherished father of Kirk (Kim) of Lucan, David (Kathy) of London, greatest Grandpa ever to Dana Barnes of London, Derek Wallis (Kyleigh) of Toronto, Christopher Beach-Wallis (Emily) of Komoka and Alyssa Beach-Wallis of Toronto. Loving Great Grandpa to Megan Barnes and our newest welcomed addition, Sunday Wallis. Adored uncle of three nieces and three nephews and their partners. Predeceased by his three sisters (Kay Freeland, Marjory McKinnon and Dorothy Easton), his four brothers-in-law (Roy Freeland, Don McKinnon, Bill Easton and Gord Rushton), his sister-in-law (Bernie Rushton), his daughter-in-law (Barbara Beach-Wallis), his nephew (Brad Freeland) and several cousins. Born in Sarnia, Ont. on June 5, 1925, his family eventually moved to Kitchener where Norm grew up, and at 17, would meet his future wife, Dorothy Rushton, while ice skating at Kitchener’s Victoria Park. He served our Country as a proud member of the Royal Canadian Air Force from 1944 to 1946. Moving to London to start a family and a new career, Norm was the consummate travelling salesman for McCormick’s Biscuits and Candy for over three decades, then a brief career with Knechtel Foods. He was an enthusiastic member of the Lions Club while living in the Lucan area during his ‘gentlemen farmer’ years, then the Kiwanis Club after returning to London and finally with the London chapter of Probus Canada. He was an active member of Metropolitan United Church for more than sixty years. Norm touched the lives of thousands of people along his working career and in retirement. Everyone seemed to know him and always had something good to say about him. He taught us to be humble, kind and compassionate to everyone, handy around the home, work hard, help others whenever they needed it and to be responsible to ourselves and our families, stand on our own two feet and to try to put a smile on someone’s face every day. We will always be grateful for these aspirations and hope we made him as proud as he unequivocally made us of him. A funeral service will take place at Metropolitan United Church (London) on Monday, February 24, 2020 at 11:00 a.m. Cremation has taken place. Expressions of sympathy and donations to the charity of your choice would be appreciated and may be made online at www.londoncremation.com Our heartfelt thanks go out to the staff at Oakcrossing Retirement Living for all their support and compassion, and our First Responders.

Share Your Memory of
Norman
Upload Your Memory View All Memories
Be the first to upload a memory!
Share A Memory