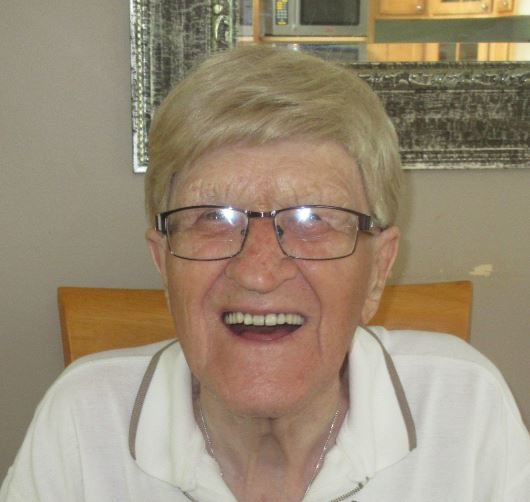 Leopold Plank-1927-2021 Leo Plank, 93 years of age, passed away peacefully on April 04/2021 at the Victoria Hospital, surrounded by his loving wife Helga and daughter Heidi. They gave him the comfort and support right to the very end. Born in a small farmhouse in Taschlgraben, among the beautiful rolling hills, near the village of Schwarzenbach Austria in 1927 to a large family, Leo was a hard worker all of his life and sought knowledge and adventure, which eventually brought his travels to Canada with a quick stop in Montreal and then onwards to Dryden. Not knowing the language, and with only a few dollars to his name, he carved out a bold and wonderful life for himself and his family. Working in the construction industry for the majority of his life, first at Mayotte and then running his own business, he built numerous homes and other buildings in Dryden, with his European style and flair. This was the place that he met his wonderful wife Helga, who he wed in 1959, they were just shy of their 62nd anniversary this year. They raised 4 children during this time, two boys and two girls, Manfred-Robert-Heidi-Lisa. Their travels included many trips back to Austria to visit with family, which allowed his children to also experience and embrace this exciting culture. After an early retirement, it was time to venture out, moving to different cities in Canada and exploring what they had to offer, before settling in London Ontario for the remainder of their years. With many family members living nearby, both Leo and Helga enjoyed spending time with numerous grandchildren and great grandchildren. Opa, as the children all called him, were the pride and joy of his visits with them. Leo leaves behind his loving Wife -Helga Plank…Son/Daughter-in-law-Manfred & Linda Plank…Son/Daughter-in-law-Robert Plank & Lisa Kay…Daughter-Heidi Plank…Daughter-Lisa Plank. Grandchildren-Kristina-Julian-Dylan-Brittney-Kayla-Lauren-Ethan Great grandchildren-Athena-Elwynn-Marcus Predeceased by his parents-brother-sisters and other relatives and friends over the years, they will all now be waiting to greet Leo home again and I’m sure will have a joyous reunion celebration. His outlook on life was always very youthful and positive, right to the end. This was contagious around the people who he loved to chat to, with his clever charisma and charming wit, making friends with everyone he met and bringing smiles to their faces. Leo will be missed dearly, but never forgotten, and will serve as a shining example for family and friends for many years to come. Rest in peace now and Danke Schone for being part of this world, by making it a better place. Auf Wiedersehen Leo-Dad-Opa bis wir uns wiedersehen. Cremation has taken place and a celebration of life will be held at a later date due to the pandemic. Also special thanks to the extra compassionate staff at Victoria Hospital during this time. Online condolences: www.londoncremation.com

Share Your Memory of
Leopold
Upload Your Memory View All Memories
Be the first to upload a memory!
Share A Memory