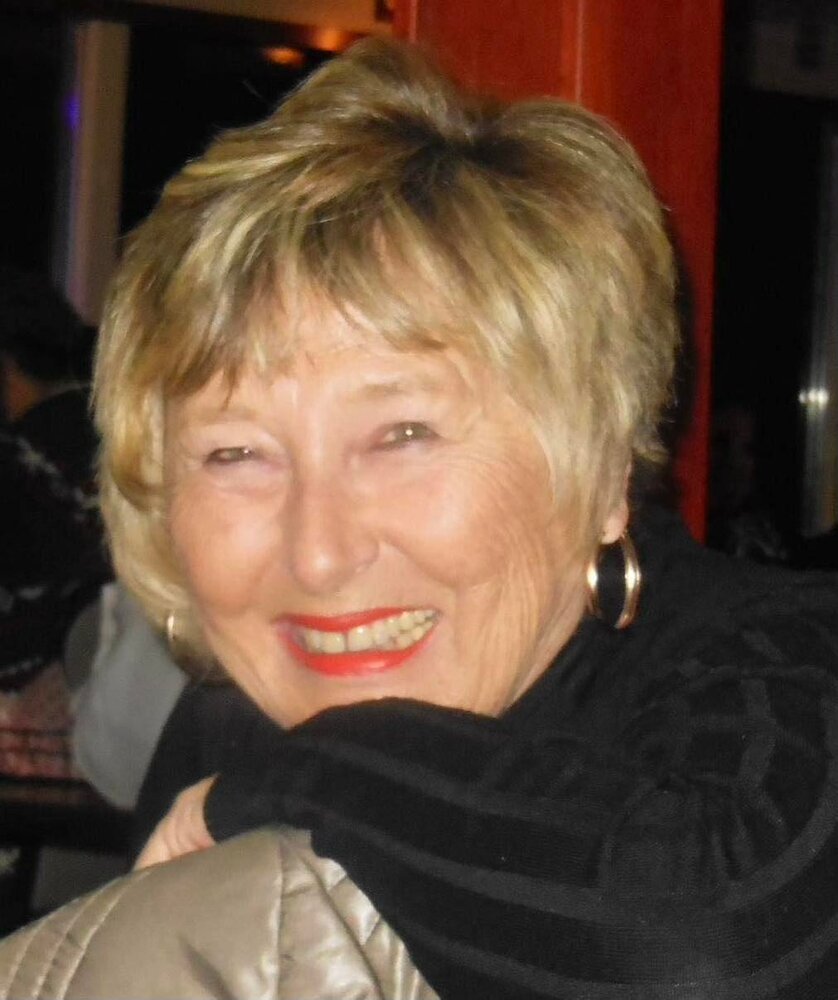 WRIGHT, Doloras Maralon, “Del” Surrounded by love, Del chose February 7, 2022, as her "Day of Freedom." Peacefully, with her family by her side, Del passed away after a courageous battle with ALS. She inspired many and taught us valuable life lessons along the way. She lived graciously and courageously with it until the very end. She was and remains our hero. She leaves behind her adored husband Rob of 55 years, daughter, Julie Matherly, son, Kelly Wright, daughter-in-law, Carole Wright, and precious grand-daughters Madison and Sydney Matherly. Sister Pat Featherston and partner Bill Spiering and brother Ron McIntosh (deceased) and wife Brenda Corbett. From her large extended family, she leaves in-laws, and nieces and nephews, all having had a profound impact on her life. Del's mantra was ‘No Regrets’ and she lived life large! Her love of travel took her around the world, and she had a keen interest in Southeast Asia. She was adventurous. Whether it be trekking the Himalayas, biking the Netherlands, or hiking in Vietnam, she immersed herself in that culture. She and Rob retired early and shared twenty-two years of an amazing retirement. Being avid skiers, they spent winters at Silver Star, BC, and the final eleven years in Lake Tahoe. They made good friends with many Australians and the memories were never forgotten. They also spent extended time in Hawaii with Kauai being their favourite Island. Girlfriends were always a priority in Del's life and she was blessed with many. Fun and laughter always on the menu. Her professional career is noteworthy. She excelled in the Hospitality Industry. Her final position at the Ivey Spencer Leadership Center (Spencer Hall) where she was General Manager for fifteen years was her crowning achievement. She served as Chair of many organizations in the City of London on a volunteer basis. She particularly embraced being Chair of The London Chamber of Commerce, being the second female to hold that position in their hundred-year history. Del was an entrepreneur. Her jewelry business DeLovely thrived and brought her much happiness. She loved fashion and was always on the lookout for unique pieces. She would say her immediate family was small but mighty. Her family was everything. Other loves in her life included musical theatre, The Toronto Raptors, boating, a gin martini, and good food! A sincere thank you to her ALS Team under the guidance of Dr. Christen Shoesmith for their excellent care and to Dr. Jeff Price for his ongoing support. A heartfelt thank you to the ALS Society for providing much of the equipment necessary for her journey and to all the community professionals who provided exceptional care for Del, including her amazing PSW’s, thank you from the bottom of our hearts. Last but certainly not least, a big thank you to Del’s fabulous “Dream Team” and the many friends who showed kindness. A celebration of life will be held later this year. In the meantime, condolences can be left on the London Cremations Services tribute wall (www.londoncremation.com). In lieu of flowers, as expressions of sympathy, donations may be made to the ALS Society of Canada (www.als.ca). “She made broken look beautiful and strong look invincible. She walked with the universe on her shoulders and made it look like a pair of wings.” ~ Ariana Dancu

Share Your Memory of
Del
Upload Your Memory View All Memories
Be the first to upload a memory!
Share A Memory